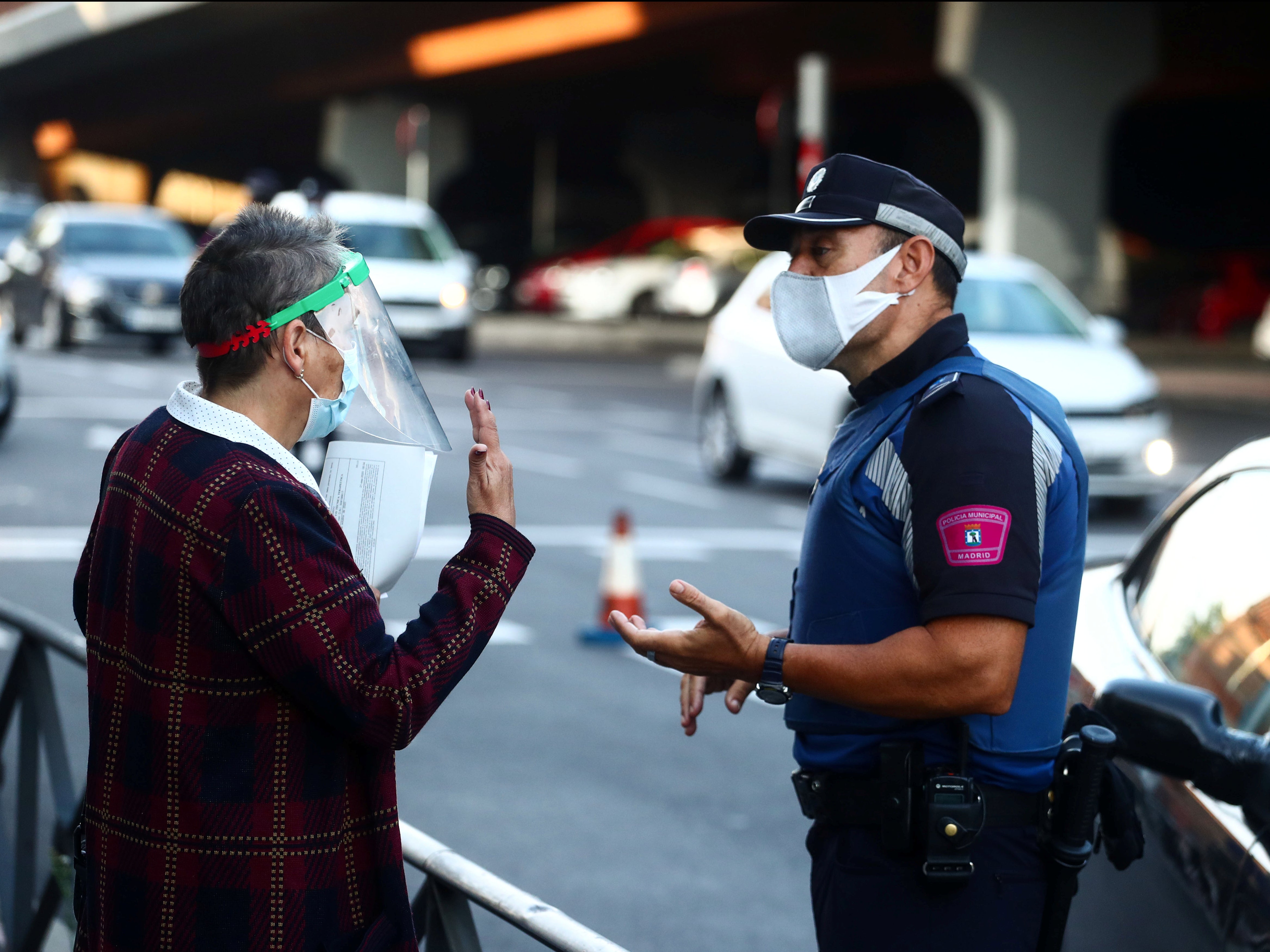 Spain has requested its army’s help in enforcing coronavirus lockdown restrictions that were imposed in some parts of Madrid on Monday.

The restrictions apply to poorer districts in the capital, sparking protests over the weekend against what residents described as discrimination against the poor.

The Spanish army was deployed at the height of the first wave of infections between March and April to help civilian authorities contain the outbreak.

Isabel Diaz Ayuso, the regional governor for the capital, announced the deployment after a meeting with Spanish prime minister Pedro Sanchez.

“We need help from the army for disinfection… and to strengthen local police and law enforcement,” she told a news briefing on Monday.

She also requested that makeshift hospitals be set up again, three months after they were decommissioned as Spain lifted its strict lockdown.

850,000 people living in 37 districts in Madrid have been barred from leaving their neighbourhoods as of yesterday, except for work, family care of legal obligations, as the number of infections surge in the capital.

Madrid accounts for a third of new cases in Spain. The city reported 144 of the country’s 432 deaths linked to coronavirus, and some of Madrid’s intensive care wards have surpassed capacity.

Demonstrators protested against the restrictions on Sunday night, claiming the lockdown affected some of the poorest neighbourhoods in the capital and accusing the Spanish government of treating them like second class citizens.

Madrid’s mayor, Jose Luis Martinez-Almeida, denied the accusations, tweeting on Monday: “There are no first-class residents and second-class residents. We have to be together at this moment.”

Favourites get Everest rub of the greenJames McDonald on Nature Strip and Brenton Avdulla...

Hand Sanitizer Might Wreck Your Poll, So Use It After You Vote

Coronavirus: What time is Boris Johnson’s speech and the place do...