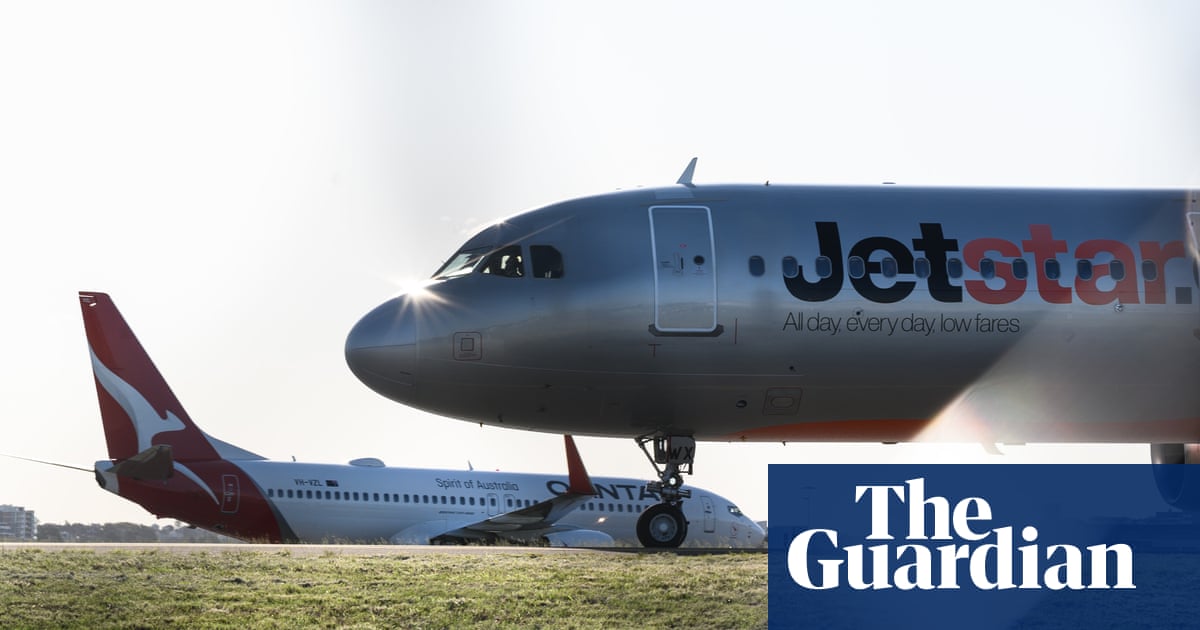 Domestic airlines have sold thousands of seats in the past 24 hours and will triple flights on some routes as borders reopen and new Covid cases continue to drop.

South Australia is set to open its borders to New South Wales on Wednesday night, after NSW registered no new cases of community transmission for the second day in a row.

On Tuesday, Queensland announced that residents of regional NSW (Byron Shire, Lismore, Richmond Valley and Glenn Innes) will be allowed into the state from 1 October. ACT residents were also given the green light to fly into Queensland last week.

Qantas and Jetstar said they will boost domestic flights as a result of the borders reopening, and have already sold 6,500 seats across the two brands in the past 24 hours.

Jetstar will double its flight volume between NSW and SA from the current once a day to twice a day, starting on 1 October. That will rise to three times a day by 1 November.

The budget airline has also launched a temporary sale for flights between Sydney and Adelaide, offering $59 flights, one way, from mid-October.

From Thursday, Qantas will restart its Sydney to Adelaide route, which has been dormant since July.

A Qantas spokesman said the airlines will “continue to monitor demand and look to add more seats” in future.

In Victoria, restrictions in Melbourne could be eased beyond the next steps laid out in the roadmap, according to premier Daniel Andrews.

The state recorded 15 new cases and five deaths on Wednesday, and the 14-day average for the state is now 32.8 new cases per day.

That is expected to drop below 30 by Sunday, when, according to the roadmap, restrictions in Melbourne were expected to ease slightly provided the rolling 14-day average remains below 50. The extra freedoms outlined in the plan include increasing the size of outdoor gatherings to five people from no more than two households, and allowing outdoor personal training sessions (with up to two people working with a trainer) to take place. Outdoor pools would also open.

Andrews told reporters he was considering going further than that, because Victoria’s daily case numbers have been falling faster than anticipated.

“Yes, I am,” he said. “But I’m not in a position give you the full list of what we’re looking at. We’re looking at those [activities] and take a detailed look at what the risk is. We don’t want to do something that might seem quite small but could present a significant challenge to us in a couple of weeks’ time.

“They have to be cautious steps, steady steps and all the steps we take have to be safe,” he said.

The little planes that could: Sydney airport opens up to hobby pilots during pandemic

He also defended expanded powers in the Covid-19 Omnibus (Emergency Measures) and Other Acts Amendment Bill 2020, which would allow a “designated authorised officer” to detain a “high risk person” if they reasonably believe that person either has been diagnosed with Covid-19 or is a close contact of someone who has, or is likely to refuse to comply with a direction.

As currently drafted, the bill would allow a designated authorised officer – defined as a person who has authority to enforce the health act and not limited to police – to detain someone for “the period reasonably necessary to eliminate a serious risk to public health”.

Andrews said it was not his intention that the powers in the act be widely used, and added that Victoria was in “unprecedented times”.

“They’re based on a reasonable belief principle and proportionality principle about the risk of spreading Covid. There are some people who are not compliant, refuse to act in a responsible and safe way. Those powers would not be frequently used. They would be, I think, rare.”

Asked how he would ensure that his intention that they be used rarely was reflected in the legislation, Andrews said the bill, which passed the lower house without amendment, would be debated in the upper house.

Andrews said he had not spoken to NSW premier Gladys Berejiklian about her plans regarding the border between the states, saying: “The most important thing I can do is probably not be on the phone to other premiers but work to get the numbers down and get the borders open.”

Fb to take away pretend claims about COVID-19 vaccines

Ross Mathews Reveals 50-Lb Weight Loss: I’ll ‘At all times Be a Work in Progress’

Work Out With the Solid! Barry’s Launches ‘Problem’-Themed Courses

To Save the Planet, Get Extra EVs in Used Automobile Heaps

Trump’s Presidency Will Impression Refugees Lengthy After He Leaves Workplace

Are adverse rates of interest for the UK edging nearer?

Coronavirus vaccine could also be prepared by finish of 2020, WHO...