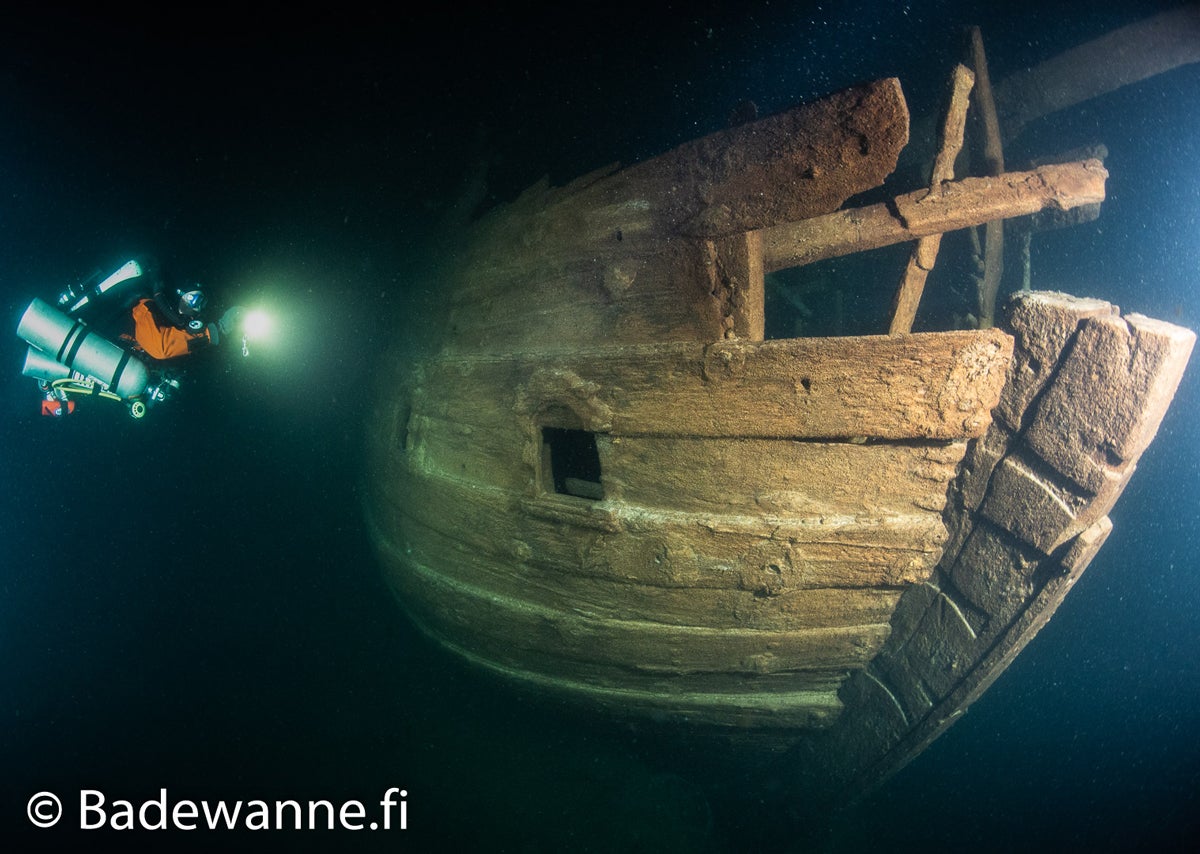 Finnish divers have accidentally discovered what is believed to be a 400-year-old Dutch trading ship at the bottom of the Baltic Sea.

The vessel, known as a fluit, was found in near-perfect condition about 85 metres below the surface.

Divers made the surprise discovery while scouring waters off Finland for sunken World War One and Two battleships.

The 17th century ship carried no guns and had a deep hull design so it could store more cargo.

The ships were advanced compared to other vessels at the time.

They featured a well-designed pulley system and required a much smaller crew – making trade more profitable.

The not-for-profit Badewanne diving team said the vessel was most likely used by the Dutch Empire, which had control of the trade route in the Baltic Sea at that time.

The team said the ship only had limited damage to the bow from a trawler.

“It is only in rare places around the world, including the Baltic Sea, where wooden wrecks can survive for centuries without being destroyed by chemical, biochemical and biological processes,” they wrote.

“Due to low salinity, absolute darkness, and very low temperatures all year round these processes are very slow in the Baltic.

“Perhaps most importantly, wood boring organisms such as shipworm cannot live in such an environment.

“Even in temperate seas, all wooden wrecks vanish in decades, unless buried in sediments.”

As China’s economic system picks up, new college grads are nonetheless on the lookout...

‘Mythology’ about Queen’s involvement in Whitlam Dismissal ‘will proceed’

Coronavirus: What time is Boris Johnson’s speech and the place do...

22 issues to see and do in England this autumn