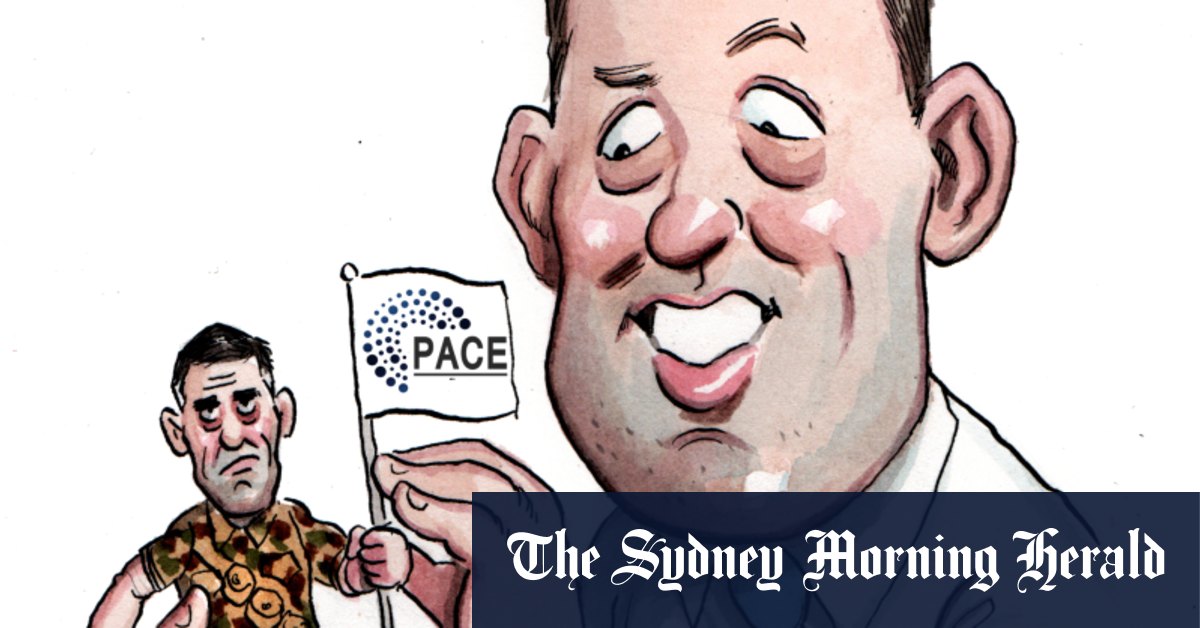 The company is run by Shaun Filer, who has a military and emergency medicine background and a degree in journalism. The pair met in 2011 when Briggs was a Channel Nine executive and the network hired Filer to extract several journalists trapped in Cairo during the Arab Spring.

In 2016 the pair founded Pace First, and are the major shareholders, along with chief financial officer Cormac Flannery. But there’s a new addition to the share registry, in the form of Quaedvlieg, just appointed chief operations officer.

PACE First boasts a lenghty line-up of consultants, although it is unclear how active they are in the business. Former ABC correspondent Peter Cave used to conduct its safety training for ABC and Reuters journalists until he quit about a year ago.

Filer tells us Quaedvlieg’s experience is “highly sought after in the international security, risk and assistance space” and his government connections have helped our team with several complex repatriations of sick Australians, including a businessman from Papua New Guinea. But Filer is anxious to downplay the political connections of his chair. “PACE First is 100 per cent apolitical and always will be – our focus is to have people that can help Australians get home when they are sick, injured or in an unsafe place.” A comfort.

It appears the home is inching closer to sale.

A caveat has been placed on the Lansell Road mansion in Toorak, which Bennett bought with the Neighbours-star West for $16 million in 2018. A caveat can be put on a property as an early claim of ownership when a home has been sold but not yet settled. It can also be used by a party to protect their interest in the home and block a sale.

The couple, parents to six children, barely spent any time in the home. Within months of the purchase, they had moved to Byron Bay. By September of that year, they had separated.

CBD noted in March real estate agents had been quietly spruiking the mansion, with expectations of up to $17 million. Bennett and West were tight-lipped on Wednesday when contacted separately about the home and the caveat.

Could the pair have nabbed a buyer – and in the middle of a pandemic? Possibly.

But equally, it’s also possible the trophy home has emerged as one of the biggest joint assets in a split and settlement understood to still be under way.

The caveat has been lodged by a largely anonymous ABN number, controlled by the Sydney-based solicitor Farshad Amirbeaggi, who did not return calls. His specialty? Dispute resolution, with other areas of expertise including litigation, insolvency, property planning and development and asset protection and preservation. The fun stuff, obviously.

More recently – and quietly – Bennett has joined forces with another of the country’s deepest pocketed investors.

Company records show he has entered a corporate venture with well-heeled social impact investor Danny Almagor on a project named The Village Well Northern Rivers. Named in reference to its northern NSW location, the Byron Bay-based company describes itself as an “innovative lending and mentoring initiative … designed to support local businesses that are contributing to building regenerative and resilient communities in our region”.

If Bennett is looking for backers, he appears to have made contact at a very good time.

The Melbourne-based Almagor is married to publisher and fellow impact investor Berry Liberman of Melbourne’s billionaire Liberman family. Through their family office, Almagor and Liberman jointly own the Impact Investment Group, which offloaded Byron’s Beach Hotel to Moelis for $100 million last November.

Bennett showed his prowess in landing minted investors in 2016 when Singaporean billionaires Robert and Philip Ng snapped up a major stake in his Vue Group hospitality empire. That arrangement came to an end in April when Bennett sold a final tranche of 4.7 million shares to the Ngs’ Far East Organisation.

As part of the sale Bennett got to keep Burnham Bakery and Piggery Cafe, inside the Burnham Beeches estate in Sherbrooke, which he is developing along with investor Adam Garrisson.

The Australian Competition and Consumer Commission’s pursuit of trendy glasses shop Oscar Wylee really has made for compelling court watching.

For the uninitiated, the ACCC targeted the retailer for misleading and deceptive conduct over a “pair for a pair” promotion which promised to donate a pair of glasses to “someone in need” for every pair purchased.

Oscar Wylee is controlled by the four sons of camera-shy billionaire David Teoh who controls broadband business TPG. The Teoh boys – John, Jack, Bob and Shane – are extensively named in the competition watchdog’s legal filings in the NSW Federal Court given they have served as Oscar Wylee directors over the past decade, though none are being sued personally. Bob is serving as executive director, while John, together with another former director Michael Lim, were ultimately responsible for publishing a widely-shared YouTube clip promoting the initiative.

Court documents show Oscar Wylee sold just under 330,000 frames between 2014 and 2018 yet donated 5095 pairs in the same period. When news reports questioning the company’s practices were published in early 2019, it donated over 333,000 pairs to prisons, charities, foundations and hospitals.

One crucial detail the court found: “On each occasion that Oscar Wylee donated glasses frames it did so by donating frames without prescription lenses”.

Our weekly newsletter will deliver expert analysis of the race to the White House from our US correspondent Matthew Knott. Sign up for The Sydney Morning Herald‘s newsletter here, The Age‘s here, Brisbane Times‘ here and WAtoday‘s here.

Samantha is the The Age’s CBD columnist. She recently covered Victorian and NSW politics and business for News Corp, and previously worked for the Australian Financial Review.

Stephen Brook is CBD columnist for The Age. He is a former features editor and media editor at The Australian, where he wrote the Media Diary column and hosted the Behind The Media podcast. He spent six years in London working for The Guardian.

The little planes that would: Sydney airport opens as much as interest pilots throughout pandemic

In UN speech, Trump blasts China for ‘unleashing virus plague on the world’

A World Information Effort Probes Whether or not Covid Causes Diabetes

The little planes that would: Sydney airport opens as much as...

How Australia’s meat trade might be a part of the local...