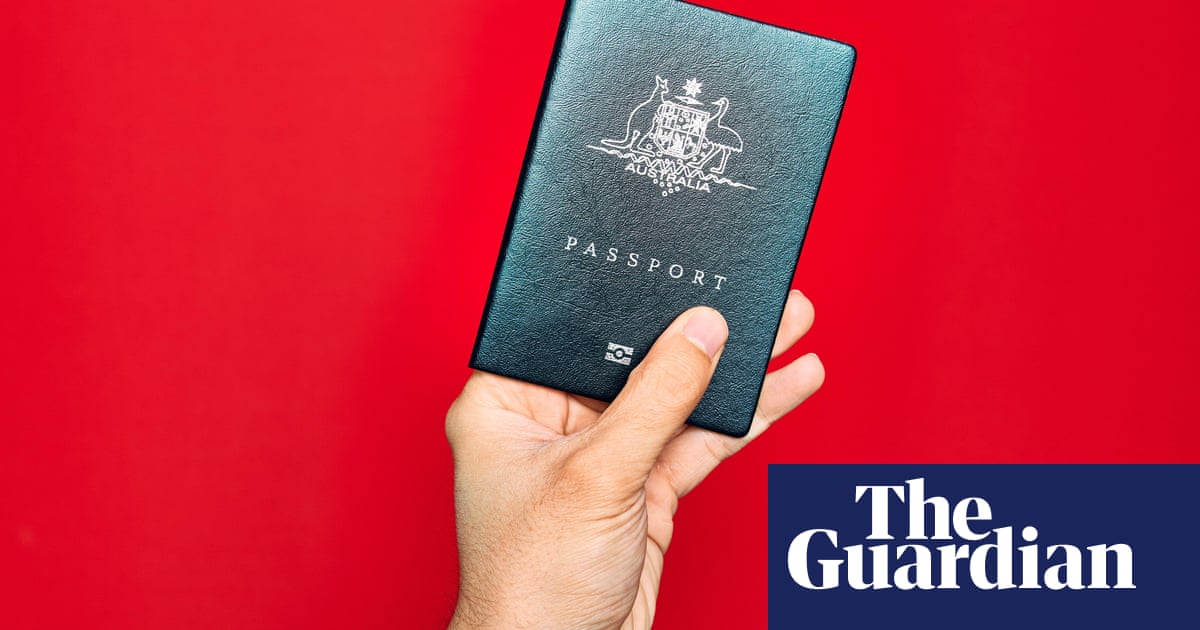 The disruption to overseas travel caused by Covid-19 has resulted in a massive drop in Australian passport applications, down by 400,000 in the first half of 2020.

The plummeting demand for passports means the government will miss out on about $100m in revenue from application fees since the beginning of the pandemic.

According to Department of Foreign Affairs and Trade data, there were about 1.7m new passport and renewal applications made in 2019-20, which generated $449.3m for the government.

Why are more than 25,000 Australians still stranded overseas, six months into the pandemic?

The decline in passport applications come amid hopes among federal and state governments that Australians will spend some of the $65bn they splurged on overseas holidays in 2019 on domestic tourism – an industry crippled by the complete drop-off of inbound international tourists.

A Dfat spokesman told Guardian Australia the roughly 20% decline in passport applications happened after travel restrictions were tightened at the beginning of the pandemic. The trends before March showed passport demand in 2019-20 was set to be the highest ever.

Just 300,000 passports were applied for or renewed from the beginning of March until the end of June.

Since July, Australians have made just 109,402 new passport and renewal applications, a trend which, if continued, would see applications stay below 600,000 for the 2020-21 period.

“The onset of Covid-19 has seen a decline in passport applications, with our data suggesting that some Australians are delaying either applying for, or renewing, their passport due to the pandemic,” the spokesman said.

The spokesman said that some Australians are still renewing their passports in case they “have an urgent need to travel”, as well as those using the travel document as a form of identification.

He also noted Australians needing to return to Australia are still applying for passports, with more than 27,000 stranded Australians unable to access flights home due to strict arrival caps.

Currently, there are approximately 14.6m Australian passports on issue.

The drop-off in passport interest is consistent with the comprehensive restrictions placed on leaving Australia, with exemptions for outbound travel granted only for a specified list of reasons, including provisions for essential workers and compassionate travel.

According to the Australian Border Force commissioner, Michael Outram, who approves exit exemptions, about 18,000 Australians left the country in August 2020, compared with 984,960 residents who left in the same month in 2019.

James McKeown, an electrics sales distributor from Geelong, had planned to move to Germany this year, but cancelled his plans in line with health advice and border restrictions.

However, the 30-year-old is frustrated the government’s travel ban has not yet been lifted. He believes Australians willing to accept the health risks, follow social distancing, wear masks and pay for quarantine upon their return should be allowed to leave the country.

“No other country like ours has put these measures in,” McKeown said.

McKeown believes the government should consider the length of the exit ban when renewing passports, so Australians who were not able to legally leave the country are given a credit so it is cheaper when they next have to renew their passport.

Noting the cost of a 10-year passport for an Australian adult is $298, he believes this should equate to about a $30 credit for each year the travel ban is in place.

Constitutional question: is it legal to limit how many Australian citizens can fly home each week?

“Will I get an extension of the banned period attached to the end of my passport renewal period? Or will I have to foot the bill for a service that I can’t use?” he said.

“Sure it’s only $30 per person per year, and most of us will renew as it’s harder to let it lapse and reapply. But for more than 14m passports, if they can’t have been used for at least six months, the government has made about a quarter of a billion dollars on passport fees during the ban so far,” McKeown said.

Guardian Australia asked the foreign affairs minister, Marise Payne, if the government was considering crediting future passport renewals to cover the period of the exit ban.

Her office referred the inquiry to Dfat, where a spokesman said “we are not considering any changes to passport fees”.

Gymnasium received’t cancel my membership regardless of Covid disaster

Mexico is likely one of the locations Individuals may go on trip. Now some...

‘Elementary change’ to masks rulesMasks received’t be required outside in Melbourne from Monday. Image:...

Boris Johnson has blamed coronavirus on the British individuals, for loving freedom an excessive...

‘Why I finished hiding my scars’